I am a professor at a well-known law school in Madrid. I am not a very practicing Catholic, but I do believe. Not long ago my wife discovered that she had a malignant melanoma, and the doctors said she needed surgery right away. As you will see, however, in the end, she never set foot in an operating room. 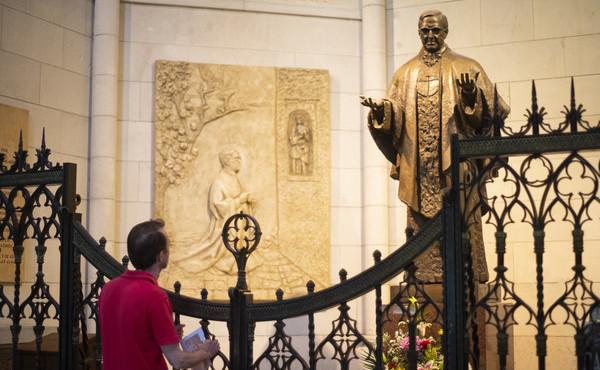 Chapel dedicated to Saint Josemaría in the Cathedral of the Almudena (Madrid).

Through some friends of mine in Opus Dei, I knew the figure and the work of Saint Josemaría Escrivá. Spontaneously moved, I made my way to the Almudena, Madrid's cathedral, where there is a chapel dedicated to Saint Josemaría. Once there, I prayed insistently for my wife's health.

The operation was scheduled for the next day. But that morning, I looked at the area where the melanoma was and I was shocked: there was no trace of anything. I examined the site again - this time with a magnifying glass - and the skin was completely clean.

Naturally, we went to the office of the doctor who was supposed to operate that morning and he was totally confused, seeing no trace of the melanoma he himself had diagnosed. He re-examined my wife several times and finally declared that the melanoma had indeed disappeared, meaning the operation was no longer necessary.

I firmly believe that this instant healing is due to the intercession of Saint Josemaría. And it seemed to me a matter of justice to leave a record of this story and communicate it to the Postulation of Opus Dei.

Click here to send news of a favor received through Saint Josemaria's intercession.