An article published in “L’Osservatore Romano” on 9 January 2021, in which Saint Josemaria’s message on sanctifying daily life is viewed in connection with the Oscar-winning film “Chariots of Fire.” 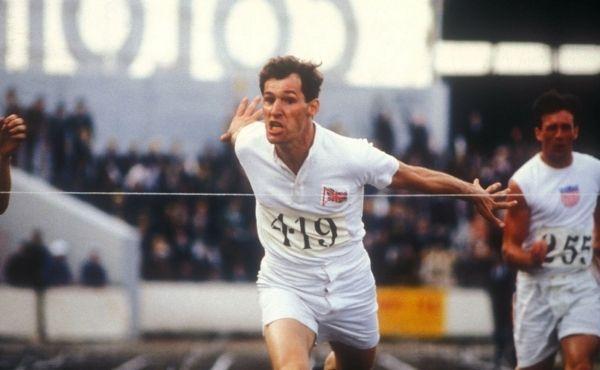 The fortieth anniversary of the film Chariots of Fire directed by Hugh Hudson, which unexpectedly won four Oscars, including Best Picture, is a good opportunity to reflect once again on its merits, perhaps with the whole family.

The true story is well known, and won over the great producer David Puttnam (The Mission, Killing Fields, Memphis Belle) the moment he read it. A group of English athletes led by the Englishman Harold Abrahams (of Jewish origin) and the Scotsman Eric Liddell come together in the early 1920s and eventually triumph at the 1924 Paris Olympics. In doing so, they need to overcome internal and external obstacles in their life as young students. First of all, the covert racism common in those years, which presents a challenge to Abrahams with his unassuming temperament (a confrontation depicted without any surrender to the “politically correct” narrative so common today). Then, the insistence of Liddell’s missionary parents that he pursue his plan to be a missionary in China without “wasting time” on athletics.

One of the film’s cornerstones is the importance of faith. Paraphrasing Saint Paul, Liddell says that faith can be “compared to running in a race. It’s hard. It requires concentration of will, energy of soul,” especially when trying to live it with naturalness in one’s daily life. When facing the difficult choice between training for the Olympics or abandoning everything for the missions, Liddell tells his sister, “Jenny, I believe that God made me for a purpose. But He also made me fast, and when I run, I feel His pleasure.” These words come just after his missionary father had remarked, “You can glorify God by peeling a potato if you peel it to perfection.”

It may be surprising to learn that the founder of Opus Dei, Saint Josemaría Escrivá de Balaguer (whose birthday falls on January 9), explained what sanctifying daily life means with similar words: “You are writing to me in the kitchen, by the stove. It is early afternoon. It is cold. By your side, your younger sister—the last one to discover the divine folly of living her Christian vocation to the full—is peeling potatoes. To all appearances—you think—her work is the same as before. And yet, what a difference there is! It is true: before she ‘only’ peeled potatoes; now, she is sanctifying herself peeling potatoes.”

It is surprising that the exact same image of peeling potatoes is used here as in the film. But perhaps it isn’t so surprising, if one considers the simplicity of the potato as a basic source of nourishment and the simplicity of striving to “sanctify daily life, the work carried out each day.”

I won’t give away any more of the film's story so that those who haven’t seen it can discover it for themselves. But the growth of the characters is beautifully described, and the famous original score composed by Vangelis binds each scene together indelibly.

Chariots of Fire has provided a rich source of quotes for many teachers in their classes on human values and for sports coaches and company motivators. When it was first shown, almost everyone, when the lights came back on in the theater, realized how moved they had been by what Tolkien would have called the “eucatastrophe” at the end. And the same can happen to all of us, when we encounter a fascinating work of art, an old friend who never disappoints.

The original article was published on January 9, 2021, in “L'Osservatore Romano.” The digital version can be found here.