Article of the Prelate about Mary Magdalene

Pope Francis has decided that the liturgical memory of Mary Magdalene will be elevated to a feast, like that of the other apostles. Her feast day in the Church is July 22. 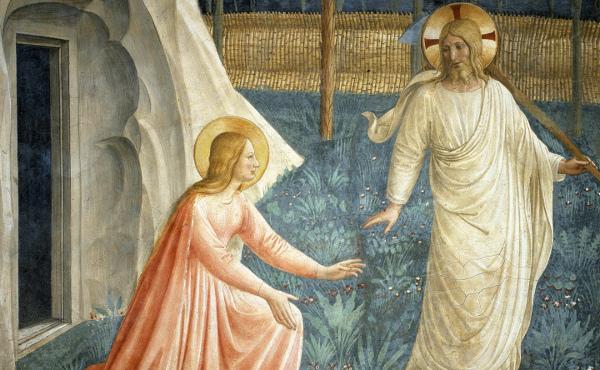 Throughout the course of the year, the liturgy invites Christians to call to mind some of the people who followed Christ closely. Remembering the saints is an incentive to strengthen our own Christian life, by looking at the men and women who, through their example and intercession, invite the People of God to confront the future with a sure hope.

Pope Francis, in this Year of Mercy, has wanted to highlight the relevance of a great follower of Christ, Mary Magdalene, by elevating her liturgical memorial to the category of a feast day. With this decision, the Holy Father shows his desire that the example of this holy disciple of Jesus may play a greater role in the Church’s life of piety.

The Gospel shows us Mary Magdalene as a woman who loved greatly and who wanted to love ever more deeply. The text tells us that Jesus had cast out of her seven devils, which can be seen as referring to painful situations, whether physical or moral. In any case, her suffering led her to Christ, and once she met him she never looked back. She realized that her life now only had meaning if she spent it serving God and her brothers and sisters. Freed from her evils, Mary becomes a great and generous figure before our eyes when, close to the Cross, she offers us a lesson in fortitude. And later, when she goes to the tomb of the Crucified One, she refuses to let hope die in the world. What a marvelous disciple of Christ Mary Magdalene was! 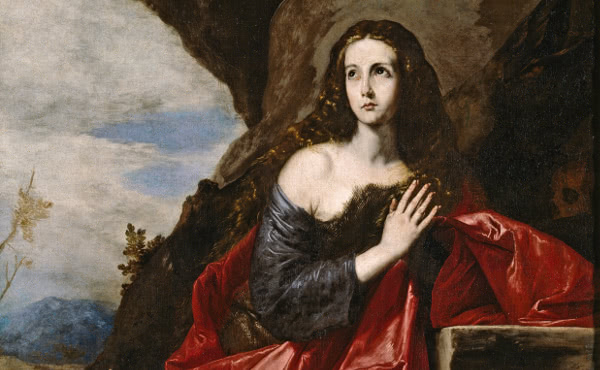 “Woman, why are you weeping?” Christ asks her when she comes to the tomb to seek him and anoint his cadaver. Mary Magdalene sought him with a holy passion, with perseverance. As the founder of Opus Dei often insisted, “without Jesus we aren’t well.” On the liturgical memorial of this holy woman in 1964, Saint Josemaria, while praying out loud in front of the Tabernacle, said: “The tomb is empty! Mary Magdalene cries, her face bathed in tears. She needs the Master. She has gone there to be consoled a little by being near Him, to keep Him company, because without our Lord nothing is worthwhile. Mary perseveres in prayer; she looks for Him everywhere; she has no other thought but of Him. My children, God lets himself be overcome by such fidelity, so that you and I draw the consequences; so that we learn to truly hope and love.”

At first, Mary doesn’t recognize the Master. But she perseveres in her eagerness to find him. When she hears her name spoken with the very personal tone that Jesus uses for each of his followers, she recognizes the Saviour. And to her is entrusted, the first of the disciples to see the Risen Christ, the first announcement of the resurrection: a message that since then has never ceased to resound in the world. This marvelous responsibility is now passed on to each one of us. How often our Lord uses other people, to call each of us by our name and to communicate also to us the mission of making him known to others!

The holy women in the Gospel (Mary Magdalene, Martha and Mary of Bethany, Joanna, Susanna and Salomé) served Christ with a loyalty the other disciples didn’t always show. They accompanied the Master along the roads of Palestine and gave him lodging in their homes. They cried on seeing him on the way of the Cross, and accompanied his Mother Mary to the place of execution. And they sought to honor the Body of Jesus after his burial.

Today as then, women are called to contribute to the Church’s mission with their intelligence, their sensitivity and strength, their piety, their apostolic zeal and spirit of service, their initiative and generosity. But above all, they are asked to contribute, like all the Christian faithful, through their personal sanctity. This is the key teaching of Mary Magdalene’s life. Whoever truly seeks to serve the Church needs to look first at Christ and follow him closely, with a complete fidelity, along the paths of the earth, even when others flee in the face of the apparent victory of evil.

The upcoming July 22nd is an opportunity to call to mind the life of Mary Magdalene, who presents us with the summary of each Christian’s biography: to begin and begin again, with humility; to love Christ; to trust in him despite the shadows that sometimes may darken the path; to serve others with ever greater effort, in the place where our life unfolds. Mankind needs women and men like this: capable of having untiring recourse to divine mercy, loyal at the foot of the Cross, attentive to hearing ourselves addressed by our own name, amid the ordinary tasks of each day, by the Risen Christ.