Produced under the direction of Fr. Joseph Guzman, a priest of Opus Dei, two new catechisms written in a simple and clear style were presented by the Archbishop of Ibadan, Most Rev. Abegunrin, in Nigeria. 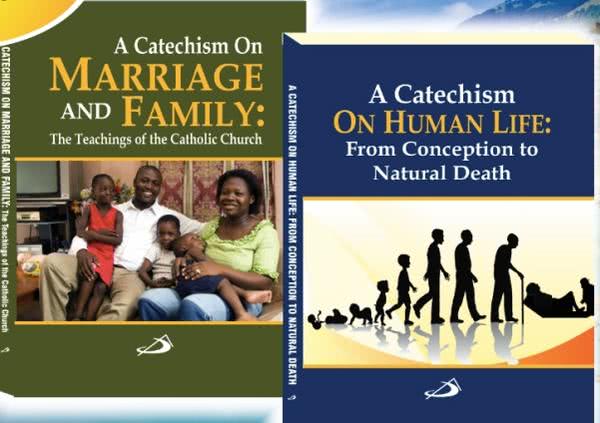 More than eight hundred people attended the launching on 15 February 2018 at Ibadan of two new catechisms: “On Human Life: From Conception to Natural Death,” and on “Marriage and Family: The Teachings of the Catholic Church.” The Archbishop of Ibadan, Most Rev. Abegunrin on behalf of the Catholic Bishops Conference presented the new catechisms. Also present at the occasion were five other bishops of the Archdiocese, two bishops emeriti, priests, religious and lay faithful, from Ibadan, Osogbo, Ondo, Oyo and Ekiti dioceses.

The seed for the books was sown in May 2015 during an international conference on human life, marriage and family that took place at Ibadan. Delegates attended from Nigeria, the United Kingdom and the United States. Following the approval by the bishops of the province of a suggestion presented by the conference central committee, Fr. Joseph Guzman, a priest of Opus Dei, was entrusted with the task of producing the catechisms.

During his two years of research and writing, the author consulted Encyclicals from Pope Leo XIII through to Pope Francis, as well as the most recent apostolic exhortation of the Holy Father on the family, Amoris Laetitia. Other documents consulted included the Catechism of the Catholic Church and its Compendium, the Code of Canon Law, other documents from Pontifical Councils and from the Congregations of the Roman Curia and the International Theological Commission. 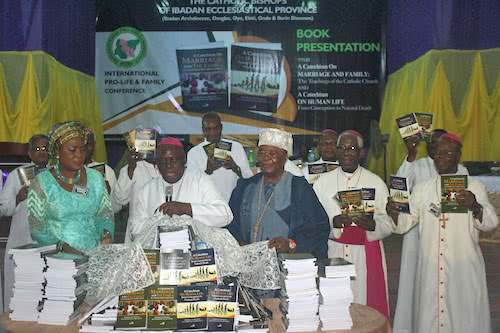 This work resulted in the two new catechisms “On Human Life: From Conception to Natural Death,” and on “Marriage and Family: The Teachings of the Catholic Church.”

The books, intended for both young people and adults, engaged and married, are written in simple and clear language and in a question-and-answer format, making it an easy read. Both books have appendices containing several Internet sites that can be consulted for more information.The catechism “On Marriage and Family” includes interesting “extras” such as a “Blessing for engaged couples,” “The Marriage Rite,” and a detailed bibliography. Other people who would benefit from reading the new catechisms include lawmakers, medical doctors and other healthcare personnel, the scientific community, seminarians, catechists, priests and religious.

Since the catechisms are based on the dictates of the natural moral law as well as revelation, all men and women, irrespective of their belief systems should find in them useful guidelines.