I Have Called You Friends (I): Does God Have Friends?

God has always taken the first step in seeking our friendship. By being his friend, we learn how to be good friends of others. A new series on Christian life. 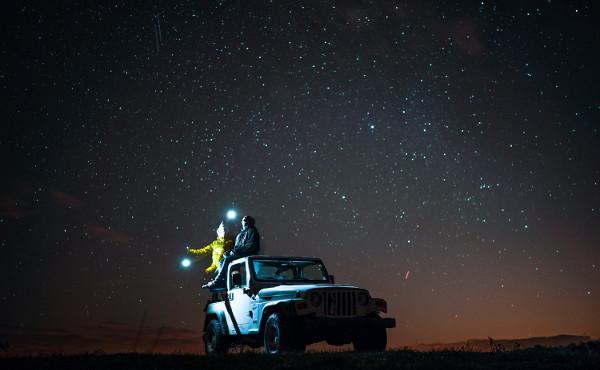 A question we’ve often heard in the messages on our cell phone is probably “Where are you?” And we will also have sent it to our friends and relatives to seek their company and find out how they are doing. Where are you? What are you doing? Is everything fine? These are also the words that God addresses to Adam and Eve in the Garden of Eden, “when they heard the sound of the Lord God walking in the garden in the cool of the day” (Gen 3:8). The Creator wants to walk alongside Adam and Eve. We could say, with a certain daring, that God was seeking their friendship—and now ours—in order to see his plan for creation fully carried out.

A novelty that grows ever stronger

This possibility, though perhaps not totally new for us, has been seen as quite strange in the history of human thought. In fact, at the height of Greek wisdom, Aristotle had accepted with resignation the impossibility of being God’s friend, since too great a disproportion, too great a difference existed between human beings and God.[1] At best, it was possible to render servile homage to the deity through certain rites or practices, or attain at least some conceptual knowledge of the godhead. But a relationship of friendship was beyond imagining.

Nevertheless, Sacred Scripture often presents our relationship with God as a friendship. The book of Exodus is very clear in this regard: the Lord used to speak to Moses face to face, as a man speaks to his friend (Ex 33:11). In the Song of Songs, which presents the relationship between God and the soul seeking Him in a poetic way, the soul is often addressed as “my friend” (cf. Song 1:15). The book of Wisdom says that in every generation she [wisdom] passes into holy souls and makes them friends of God (Wis 7:27). It is striking how in each case the initiative belongs to God. The covenant He has established with his creation is not “symmetric,” as though it were a contract between equals. Rather it is “asymmetric”: we have been granted the disconcerting possibility of speaking with our Creator face to face, as though He were on our own level.

This possibility of friendship that God offers us, this novelty that He grants us, grew ever stronger throughout the course of salvation history. Everything revealed to us in the Old Covenant is definitively illumined by the Son of God’s life on earth: “God loves us not merely as creatures but as children to whom, in Christ, He offers true friendship.”[2] Jesus’ whole life is an invitation to friendship with his Father. He transmits this good news to us with special force and clarity during the Last Supper. There, in the Cenacle, with each of his gestures Jesus opens his Heart in order to lead his disciples—and we with them—to true friendship with God.

From dust to life

Saint John’s gospel is divided into two parts: the first is centered on Christ’s preaching and miracles, and the second on his Passion, Death and Resurrection. The bridge uniting them is the following verse that introduces us into the Cenacle: Now before the feast of the Passover, when Jesus knew that his hour had come to depart out of this world to the Father, having loved his own who were in the world, he loved them to the end (Jn 13:1). Present there were Peter and John, Thomas and Philip, and the other eight apostles, all reclining on their side, as was the custom at that time. In light of John’s narration, it was probably a three-sided U-shaped table. Jesus would have sat in the first place, and Peter opposite him, where the servant usually sat, possibly face to face with Jesus. At one point Jesus rises and carries out a service that perhaps his Mother had often done for Him when He was a young boy: taking a towel and bowl and washing the dust off the feet of his friends.

The image of dust is present right from the first pages of Sacred Scripture. In the creation narrative we read that the Lord God formed man of dust from the ground (Gen 2:7). To raise up dust from an inanimate substance, dead and unable to relate to others, God breathed into his nostrils the breath of life; and man became a living being (Ibid.). From then on man has experienced the tension of being both dust and spirit, facing his radical limits and his infinite desires. But God is much stronger than our weaknesses and betrayals.

In the Cenacle, the dust we are made of once again appears. Christ bends over the dust on the feet of his friends to recreate them, restoring to them a relationship with the Father. Jesus “washes our feet,” divinizing the dust we are made of, and enables us to share in the intimate friendship He has with his Father. Amid this moving atmosphere of intimacy, He tells his disciples: I have called you friends, for all that I have heard from my Father I have made known to you (Jn 15:15). Jesus shares with us his life, his capacity to love, to forgive, to be a friend to the end.

We have all experienced how a good friendship has changed us; perhaps we wouldn’t be the same person we are today without it. Being a friend of God also transforms our ability to be friends of those around us. Like Christ, we can wash their feet, sit at the table with someone who might betray us, offer our affection to someone who doesn’t understand us or who refuses our friendship. The mission of a Christian in the middle of the world is to “open out like a fan”[3] to those around them, because God continues infusing his breath into the dust we are made of and illumines these relationships with his light.

We have seen that the friendship Jesus offers us is a sign of God’s unconditional trust in us. After twenty centuries, in our daily life Christ continues telling us all that He knows about his Father in order to draw us to his friendship. But we have to respond personally. “We respond to this friendship by uniting our will to His, by doing what our Lord wants (cf. Jn 15:14).”[4]

True friends live in communion; in the depths of their soul they want the same things, and desire the other person’s happiness. At times words aren’t even needed to understand one another; it has even been said that laughing at the same things is one of the greatest signs of a shared intimacy. With God, this communion is much more than an exhausting effort to fulfil certain requirements—an attitude not suited to friendship. Rather it means spending time with the other person, accompanying one another.

Saint John, the fourth evangelist, is a good example for us. After letting Jesus wash his feet, he reclined trustingly on our Lord’s chest during the Supper. Afterwards, perhaps without understanding very well everything that was happening, he refused to abandon his best Friend and accompanied Him in all his suffering. The beloved disciple let himself be “transformed” by Jesus, and thus little by little God removed the dust from his heart. “Our redemption is brought about in this communion of wills: being friends of Jesus, to become friends of God. The more we love Jesus, the more we know Him, the more our true freedom develops and our joy in being redeemed flourishes.”[5]

At the Last Supper, Jesus shows us the secret of being a good friend: As the branch cannot bear fruit by itself, unless it abides in the vine, neither can you, unless you abide in me (Jn 15:4). Jesus wants to make use of our heart to love others. Without Him we cannot be friends right to the end. “No matter how much you may love, you will never love enough,” Saint Josemaria tells us. And he continues: “If you love Our Lord, there will not be a single creature that does not find a place in your heart.”[6]

“Where are you?” God asked our first parents. Today too He wants to enter into a dialogue with us. Not even the most brilliant philosopher has imagined a God who sought out our company, who so greatly yearned for our friendship that He allowed Himself to be nailed to a Cross so that He would always have his arms wide open for us. Having entered into this madness of love, we too feel spurred to open our arms generously to everyone around us and ask: “Where are you?” “Is everything going well?” And through the friendship we offer them we can help restore the beauty of creation.