My Return Trip to God After 35 Years

"I would like to tell you the story of my life with its twists and turns, in which – now I’m sure of it – God never abandoned me," say Manuel, who lives in Portugal. 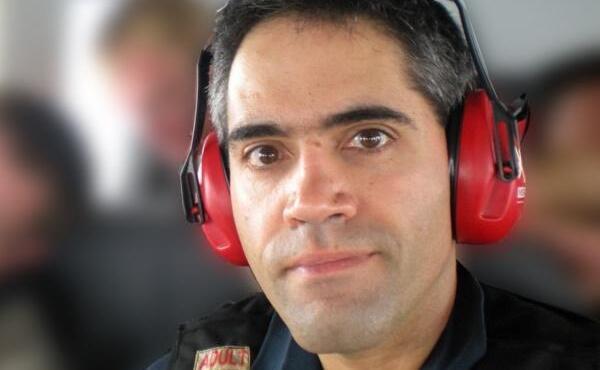 My name is Manuel and I am 52 years old. I am a mechanical engineer and my life has not been very exemplary up to now. I would like to tell you the story of my life with its twists and turns, in which – now I’m sure of it – God never abandoned me.

I was born in Lisbon in April 1968 – the only child of a business man and a drawing teacher. I was a bit shy growing up, although I cherished the dream of one day having a motorcycle and traveling all over the world. 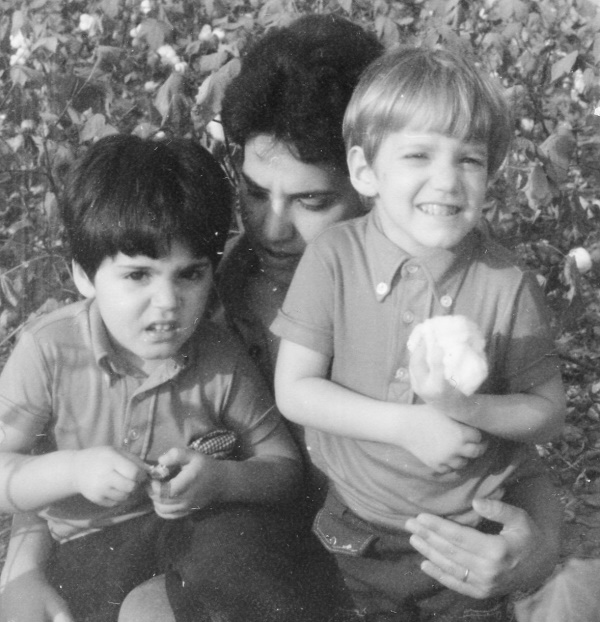 When I was 11, my father found a better job in Coimbra. With a new school and new friends, I found it hard to adapt at first. In that school a classmate one day told me about Opus Dei. He invited me to some classes of radio-making in the Prism Club, an initiative of Opus Dei in Coimbra. Not wanting to be bothered, I told him I preferred my own electronics projects, which I already had as a hobby.

My parents sought to pass on their faith to me. I was baptized in Lisbon and went to Mass on Sundays. In eighth grade I underwent a crisis of faith, typical of adolescence. My mother, with a spirit of freedom, asked me if I wanted to receive Confirmation, and I told her no. Nevertheless I wasn’t a rebel. I often had good conversations with my parents, who taught me a lot and always treated me with affection and respect.

In September 1986, I enrolled in mechanical engineering at the University of Coimbra. I always had a talent for technical subjects, and found them enjoyable and got good grades. I made some great friends in my classes and laboratories. Those friendships have lasted over the years, and we sometimes get together for dinner to keep in touch. 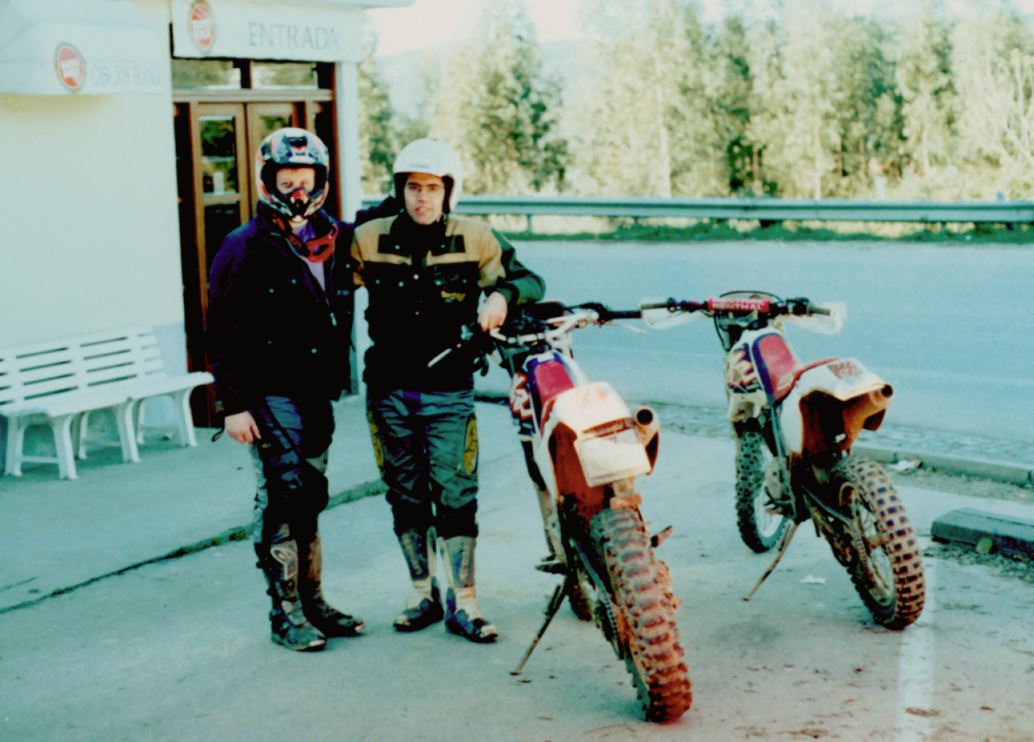 I graduated with good grades and high hopes. But since I still had the dream of traveling and I liked the sea-going world, my first professional experience was different from that of my classmates. I went to work in ship maintenance on cruises in the Caribbean for six months. I carried out simple jobs of technical maintenance on the ship, and even repaired the wheels of chairs for the handicapped.

On that ship I met someone who spoke to me about the industry of offshore extraction and production of oil and gas. That interested me more than working on a ship. And naively I decided to obtain a Master’s degree in Glasgow in that field. When I finished it, I couldn’t find work because the market was going through difficult years and I had no professional experience.

I went back to Portugal in order to gain some professional experience. I worked in industrial design and in a shipyard near Lisbon. I knew it would be only for a limited time, since I still wanted to travel to foreign lands when the opportunity came along. I didn’t think about girlfriends or forming a family: my life was focused on to my professional career.

In April 1996 I was hired by a company to work in Leiden, a city in southern Holland. I joined a team working on a floating unit for storage and transfer of petroleum. I was happy in the job and in my new country, but six months later I received a telephone call: “Manuel, your father has terminal cancer.”

It came as a tremendous blow. Now that everything seemed on track in my professional life, I had to make a difficult decision and decided to return to Portugal to be near my father. I am sure that I did the right thing. But I thought, “God, where are you in my life?” I felt completely lost.

My father died in just a few months, and I began to question the priorities in my life. I returned to Coimbra to take up my studies again, and even had a girlfriend. During my doctoral studies in mechanical engineering I met a professor who practiced his faith. I told him about some of the ups and downs in my life, and he spoke to me about God and the writings of Saint Josemaria. At that time, I put aside the thought of turning back to God, but I recall reading and liking some of the founder of Opus Dei’s writings.

Neither my doctorate nor my girlfriend were going well, so I decided I needed to begin travelling again. In 2001 I went to Dallas in the United States to work in the construction of drilling platforms. On September 11, while I was in the office finishing an important project, the attack on the Twin Towers took place, but because of my obsession with work I didn’t learn about it until the next day. Soon afterwards, I decided to move to Singapore to continue working for the same company.

A conversation about God with a Hindu

I went back to Portugal frequently, and renewed a friendship with a young woman from high school. Eventually we became engaged and the wedding took place in 2003. I began looking for a job in Portugal, where I thought I would spend the rest of my life.

But God has his own ways, which sometimes are hard to understand. My wife died six months after our wedding. I was completely devastated and didn’t recover for several years. I once again buried myself in my work, while feeling very demoralized.

I accepted a job from a Danish company to work on offshore projects in Norway and Thailand. Later I worked on platforms in the open seas. I spent time in Scotland, Angola, Canada and Brazil. The work was very intense and I had to tackle big technical challenges in building and keeping platforms functioning: fires on board, storms, floods, gas escapes…. 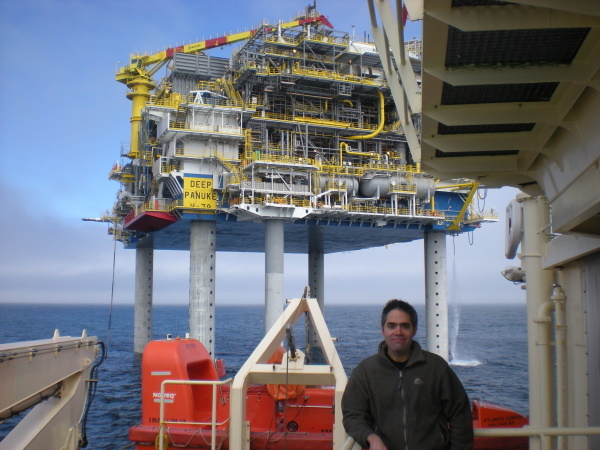 I enjoyed my job, which combined four intense weeks of work with several free ones afterwards, when I often lived quite selfishly. I made use of my free weeks to go back to Portugal and spend a few days with my mother and ride my motorcycle with some Portuguese friends. I also read a lot, but those readings were not always the best for me.

Life on an offshore unit involves a lot of “multiculturalism.” I had companions from every corner of the world with whom I could have great conversations in my free time. One day, aboard the “Cidade de Saquarema” in the Bay of Santos in Brazil, the topic of God came up in a conversation with an Indian workmate who was a devout Hindu. Even before knowing about the tragedies in my life, he told me, “No one loves you as much as your parents. If they brought you up in the Catholic faith, it’s because they loved you a lot.” At that moment I thought: “Who am I to doubt all that? Couldn’t it be that I’m living with great arrogance?” That conversation on the high seas was crucial for my life. It was the beginning of the second part of the parable of the prodigal son. 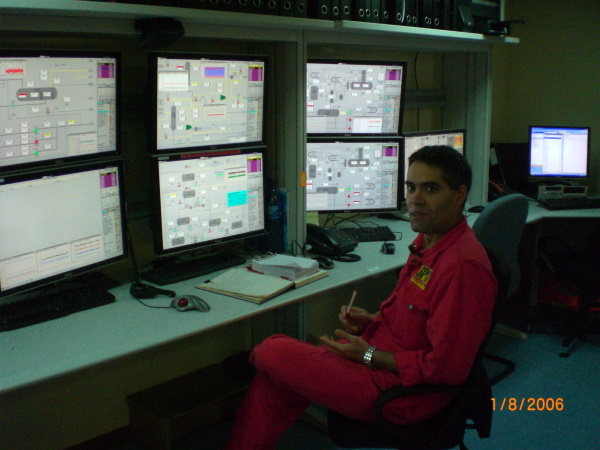 After 530 business trips by plane (I kept all the boarding passes), I went back to Portugal in 2019. I had been diagnosed with a congenital heart problem, which the doctors said was made worse by all my airplane and helicopter trips. They recommended that I cut back on my travels, and so I returned to Portugal for good.

During those days, a relative whom I loved very much died. I loved him as if he were my father. I reached Lisbon just in time for the funeral. The words of the priest at the funeral made a deep impression on me.

I also came to realize that God had converted the heart of my old girlfriend from the time when I was a researcher in Coimbra. She let me know that she forgave me. Her good example and prayers were a great help for me.

A few days after my relative’s funeral, I had to undergo an operation. It was a simple procedure, but some complications arose and my recovery was slow. It was a new opportunity to reconsider the direction my life was taking. The pieces in the puzzle all seemed to be falling into place.

When I recovered from the operation, I resolved to go to Mass on Sundays with my mother. I felt at home in our local parish, as though it hadn’t been decades since I had practiced my faith. And our Lord, in his goodness, wanted to send me a sign; the Gospel reading for that Sunday was about the prodigal son.

I began practicing my faith regularly again and tried to deepen my knowledge of it. I had the joy of receiving Confirmation last October in a ceremony that was delayed for some months due to the pandemic. But the four-month delay seemed insignificant given the four decades that had gone by since my mother first asked me whether I wanted to receive the sacrament. It helped me to be even more grateful for the gift of the Spirit. My sponsor was the girlfriend I mentioned from my university days. 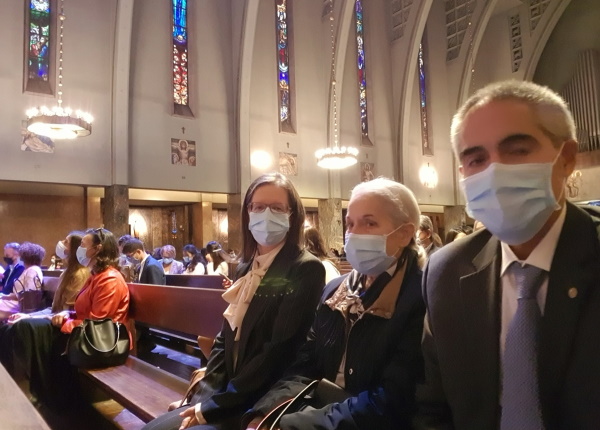 I once again got in contact with my professor friend in Coimbra, who is in Opus Dei. He was very happy to hear the news of my conversion. Since the monthly days of recollection and the Circles in the center in Coimbra were taking place virtually, I began to participate “from a distance.” Once the first wave of the pandemic ended, I began going in person to the closest evening of recollection, and started receiving spiritual direction.

I’m living at present with my mother in Lisbon and am working as a consultant in the energy industry. This story would be incomplete if I didn’t speak about our Lady. I had been baptized and made my First Communion (and now I had finally received Confirmation) in the parish of Our Lady of Fatima. Soon after my conversion, I made a trip to the Shrine of Fatima with the new eyes of a believer, and I thought: “How good it is to be here!” I know that our Lady never gave up on me. As in the parable of the workers in the vineyard, I could have been one of those hired at “five in the afternoon.” But I hope to do enough to earn my denarius. In this roundabout journey that my life has been, I am very grateful to my parents, to my friends, to the Church in Portugal, and to Opus Dei.