To Know Him and To Know Yourself (XIII): One doesn't reason; one looks!

Contemplative prayer develops in us a new way of looking at everything that happens around us, sharing in God’s vision of the world. 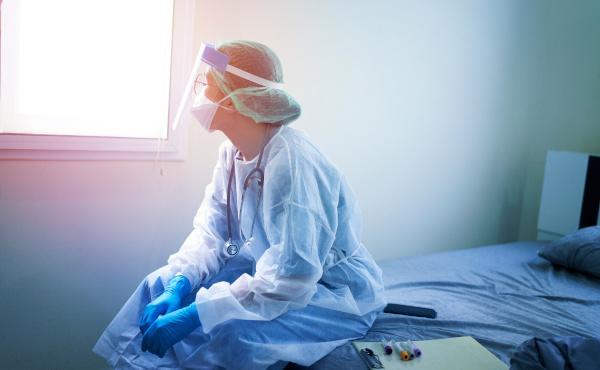 During the first Christian centuries, the third most important city in the world from the political and economic point of view was Antioch. It was there that the term “Christians” was first used for Jesus’ followers (cf. Acts 11:26). Its third bishop was Saint Ignatius. After being condemned to death during the reign of Trajan, he was taken by land to the coast of Seleucia (now in southern Turkey) and from there sent by sea to Rome. The ship stopped on the way at various ports. In each place Ignatius received Christians from the area and took advantage of the opportunity to send letters to the communities of Jesus’ followers: “I am writing to all the churches, to let everyone know that I am dying for God of my own free will.”[1] Bishop Saint Ignatius was well aware that he would meet his death through the savage animals in the Flavian Amphitheater – now the Roman Coliseum. So he constantly asked people to pray that his courage would hold up. But several times he opens his heart to us and lets us look into the depths of his soul: “Earthly longings have been crucified and in me there is left no spark of desire for mundane things, but only a murmur of living water that whispers within me, ‘Come to the Father’.”[2]

A plant with roots in heaven

That inner murmur in Saint Ignatius of Antioch’s heart – Come to the Father! – was a supernatural maturation of the natural desire that we all have for union with God. Already the ancient Greek philosophers had found in the depths of our being a longing for the divine, a hunger for our true homeland, as though we were “not an earthly but a heavenly plant.”[3] Benedict XVI, in his catechesis on prayer, stressed that all cultures down through the ages have borne witness to mankind’s desire for God: “All men and women bear within a thirst for the infinite, a longing for eternity, a quest for beauty, a desire for love, a need for light and for truth which impel them towards the Absolute … Saint Thomas Aquinas, one of the greatest theologians in history, defines prayer as ‘an expression of man’s desire for God.’ This attraction to God, which God himself has placed in us, is the soul of prayer.”[4]

One of the most common problems of our day and age is “inner fragmentation,” even though people are sometimes unaware of it. Often we find it difficult to focus our attention on a single task. We see diverse aspects in our life that fail to come together harmoniously. We find it hard to unite our past and our future, and don’t see any way to join together so many different ideas and feelings in our life. We may even have to confront over time multiple “versions” of ourselves. We yearn for a unity in our life that can’t be “manufactured” like so many other things are today.

At the beginning of our millennium Saint John Paul II said: “Is it not one of the signs of the times’ that in today’s world, despite widespread secularization, there is a widespread demand for spirituality, a demand which expresses itself in large part as a renewed need for prayer?”[5] We see today many initiatives, also on the internet, aimed at strengthening our capacity for exterior and interior silence, our powers of listening and concentrating, in order to produce harmony between our body and our spirit. All this can, of course, provide a certain natural calm. But Christian prayer offers us a tranquility that is not only a transitory equilibrium, but a unified perception of life arising from an intimate relationship with God.

Prayer is a gift that develops in us a new, unified vision of reality. “It is an inner attitude before being a series of practices and formulas, a manner of being in God’s presence before performing acts of worship or speaking words.”[6] Obviously this “inner attitude,” this “manner of being in God’s presence” does not come about overnight, nor does it come about without properly preparing ourselves so that God can give it to us; it is a gift, but also a task.

Seeing eternity with the eyes of the soul

In his homily Towards Holiness, preached in October 1967, Saint Josemaría briefly describes the path of a life of prayer.[7] Speaking from his own experience, he says that we begin to pray with simple, short prayers, often learned by heart in our childhood. Over time our friendship with Jesus strengthens, and we learn to enter into his Passion, Death and Resurrection, and strive to ground our life on his example and teachings. Our heart begins to sense the need to distinguish and draw close to each of the three divine Persons. And the moment arrives, the founder of Opus Dei assures us, when we begin to lead a contemplative life: “All day long, without doing anything strange, we move in this abundant, clear spring of fresh waters that leap up to eternal life. Words are not needed, because the tongue cannot express itself. The intellect grows calm. One doesn't reason; one looks!”[8]

Wherever we may find ourselves on this path of prayer, we can ask ourselves: what relationship does my prayer have with my hope for eternal life? What does it mean to say that prayer becomes a matter of “looking” rather than of words?

Through our prayer we hope to come to see the created world, here and now, as God sees it. With his help, we grasp what is happening around us with a “simple intuition” that stems from love.[9] This is the greatest fruit of prayer, and transforms our entire life. Prayer doesn’t just help us to change certain attitudes or overcome our defects. Christian prayer is directed, above all, to uniting ourselves with God, and thus to gradually learning to look at the world in the way He does, beginning already here on earth. God wants to heal our vision, our way of looking at the world and the people around us, with his own light. The loving relationship with God that we attain through Jesus is not simply something that we do, but rather it changes who we are.

By developing with God’s help this supernatural “way of looking,” we learn to uncover the good hidden in every created reality, even where it seems to be absent. For nothing escapes God’s loving plan, which is always stronger than any evil. And thus we learn to value the freedom of others in a new way, to let go of the temptation to decide for them, as though the destiny of everything depended on our own actions. We also come to understand better that God’s action has its own ways and times, which we neither should nor can control. Contemplative prayer helps us to not become obsessed with wanting to solve every problem immediately, and to discover more readily the light present in everything that happens around us, also in the wounds and weaknesses of our world.

Seeing with God’s eyes frees us from a “violent” relationship with other people, since we want to help further in them his omnipotent love, rather than hinder it with our clumsy interventions. Saint Thomas Aquinas says that “contemplation will be perfect in the future life, when we see God face to face (1 Cor 13:12), making us perfectly happy.”[10] The power of prayer is that we can share in this vision of God already here on earth, even if it is always “as in a mirror” (1 Cor 13:12).

In 1972, during a get-together in Portugal, someone asked Saint Josemaría how to confront daily problems in a Christian way. Among other things, the founder of Opus Dei pointed out that the life of prayer helps to look at things in a new way: “We acquire a different standard; we see things with the eyes of a soul that is thinking about eternity and God’s love, which is also eternal.”[11] He often said that “happiness in Heaven is for those who know how to be happy on earth.”[12] A Byzantine theologian of the fourteenth century said something similar: “Prayer not only prepares us for the true Life; we are enabled to live that Life and act in accord with it already now.”[13]

The Catechism of the Catholic Church, when it turns to the topic of prayer, surprises us with a question that can serve as a permanent examination of conscience: “When we pray, do we speak from the height of our pride and will, or ‘out of the depths’ (Ps 130:1) of a humble and contrite heart?” This is the key attitude needed for prayer: “humility is the foundation of prayer.”[14]

The “looking towards eternity” that contemplative prayer entails can only grow in the fertile ground of humility, in a climate of openness to God’s solutions, instead of our own. Sometimes an excessive confidence in our own intelligence and planning can lead, in practice, to living almost as though God didn’t exist. We always need to foster a new humility before people and events, which is the fertile soil for God’s action. Pope Francis, in his catechesis on prayer, pointed to the experience of King David: “The world that presents itself before his eyes is not a silent scene. His look captures, behind the development of things, a greater mystery. That is exactly where prayer arises: from the conviction that life is not something that slips by us without meaning, but an astonishing mystery.”[15]

Then, by sharing in the “way of looking” that contemplation offers us in the middle of the world, we will quench, to the extent possible in this life, our longings for unity: with God, with others, within ourselves. And we will be surprised to find ourselves working tirelessly for the good of the Church and other men and women, seeing our talents flourish “like a tree planted by streams of water, that yields its fruit in its season” (Ps 1:3). We will have a foretaste of the harmony to which we are destined in eternity, and of the peace that the world can never provide: “Hurrying, hurrying! Working, working! Feverish activity, anxiety to be up and doing … It is because in their work they think only of ‘today;’ their vision is limited to what is ‘present.’ You must see things with the eyes of eternity, ‘keeping present’ what has passed and what is yet to come. Calmness. Peace. Intense life within you.”[16]

[9] Saint Thomas Aquinas defines contemplation as an intuitive grasp of the truth that stems from love: “simplex intuitus veritatis ex caritate procedens;” see S. Th. II-II, q.180, a.3, ad 1 and In III Sent., d.35, q.1, a.2, sol.1. In the recent book Holiness Through Work (edited by Maria Ferrari: Scepter Publishers), Monsignor Fernando Ocáriz discusses this definition of contemplation in the context of the sanctification of work.

[13] Nicholas Cabasilas, The Life in Christ.