I Have Called You Friends (IV): Fraternity and Friendship

"Friendship is always freely bestowed; if it is sought to fulfil an obligation or to attain a goal it is never truly authentic." 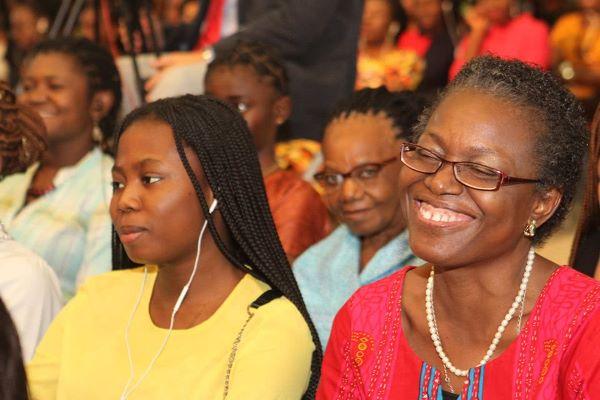 In the late 1940s, Zurbaran, one of the first university residences for women in Madrid, has the custom of spending one night each month in a vigil to adore Jesus in the Blessed Sacrament. Getting up by turns throughout the night to accompany our Lord is a moving experience for the young university women.

Blessed Guadalupe, the director, is in charge of organizing this overnight vigil. She stays awake in her office close to the oratory writing letters, in case one of the young women wants to share, amid the silence of the night, her dreams, resolutions, concerns… Guadalupe sets aside her sleep in order to offer everyone her friendship. It isn’t surprising that those who knew her remember her “extraordinary facility for making friends. Guadalupe clearly had a special gift for getting along with people, an attractive warmth and many human virtues. But what I would like to stress here is her strong sense of friendship.”[1]

Friendship is always freely bestowed; if it is sought to fulfil an obligation or to attain a goal it is never truly authentic. Guadalupe, for example, wasn’t skipping hours of sleep because she was obliged to do so, nor were the young women eager to stop for a while in her office because they had to render an account to her, especially at those hours of the night. Guadalupe shared something in common with each of the women that made them eager to open their hearts to one another. Perhaps one of them was also studying chemistry, or shared her desire to travel widely, or had recently lost her father as had Guadalupe. And perhaps they also shared an eagerness to grow in their interior life or even the vocation to Opus Dei.

When reflecting on the variety of interests that we may share in common with others, Saint John Chrysostom remarked: “If merely being from the same city is enough for many people to become friends, what should our love for one another be like, who have the same home, the same table, the same path, the same door, the same Life, the same Head; the same Shepherd and King and Master and Judge and Creator and Father?”[2]

The Prelate of Opus Dei, whom many people call “Father” because he presides over a family, said that “there is a very close connection between fraternity and friendship. Beginning with the simple relationship of being children of the same parents, fraternity becomes friendship through love and affection among the siblings.”[3]

Saint Josemaria, in 1974, began a get-together with supernumerary sons of his in Argentina by saying: “I ask you today, right at the start, to live your fraternity in such a way that when someone is suffering you don’t leave him alone, and neither when he has a reason to be joyful. This isn’t insurance for this life; it’s insurance for eternal life.”[4]

It was also in Argentina, in 1902, that Isidoro Zorzano was born, in a Spanish family. Three years later the family returned to Europe, to the city of Logroño, where as an adolescent Isidoro would come to know Saint Josemaria. The two quickly became friends, although one planned to study engineering and the other would soon enter the seminary. But they stayed in contact and their letters testify to their ongoing friendship. “My dear friend: Since I’m more rested now, I can meet you any afternoon you like; you only need to send me a card. A hug from your good friend Isidoro.”[5] While Josemaria, now living in the Spanish capital, would write: “Dear Isidoro: When you come to Madrid be sure to come to see me. I have some very interesting things to tell you. A hug from your good friend.”[6]

Soon, when Isidoro turned 29, a crucial moment in his life arrived. He sensed in his heart that God was asking him for something, and his friend Josemaria wanted to speak with him about Opus Dei, which was just beginning. One meeting was enough; they spoke about seeking sanctity in the middle of the world. Isidoro realized that God had made use of this friendship to grant him the vocation to the Work. The relationship that had united them since adolescence, their mutual interests, took on new strength and led Isidoro to write: “God’s finger is here.”[7]

It’s only natural that Isidoro’s discovery of his vocation didn’t set aside the affective ties of his long-standing friendship with Saint Josemaria. God has created us as both soul and body; sharing in the supernatural life He offers us doesn’t undo the natural goods in our life. We see an example of this in Jesus, who shared his life with his friends. As Saint Josemaria said: “God Our Lord wants there to be in the Work both Christian charity and our life shared humanly with others, which becomes supernatural fraternity, and not merely a formal fulfilment.”[8] Our affection is not something “spiritual;” rather it is something specific, made a reality in our human interactions with each person. Much more than a formal relationship based merely on good manners or courtesy, it requires trying to love everyone as their own mother would.

On July 14, 1943, ten years after that crucial encounter in Madrid, both friends—now related as father and son in a supernatural family—had their last conversation. They may have recalled their adolescent years, the letters they exchanged, their efforts to get the DYA Academy and the first student residence underway, the dramatic events during the civil war, Isidoro being diagnosed with cancer…. When saying goodbye, Saint Josemaria opens his heart to Isidoro: “I ask our Lord to give me a death like yours.”[9] Jesus said: Greater love has no man than this, that a man lay down his life for his friends (Jn 15:13). This was Isidoro’s greatest desire during his final days: to continue helping and being united to everyone in the Work from heaven as he had tried to do on earth.

The least jealous of loves

We all know that in many human relationships the objective bond that exists—between husband and wife, or between brothers and sisters—does not automatically lead to friendship. Moreover the fact that a true friendship exists at some point in life does not guarantee that this relationship is immune to the normal effects of the passage of time. Cardinal Ratzinger, when reflecting on the topic of supernatural fraternity, pointed out with realism that “siblings are not automatically the quintessence of love and equality … Even brotherhood must be redeemed, as it were, and pass through the Cross in order to find its proper form.”[10]

“The fraternity that arises from a shared vocation to the Work also needs to be expressed in friendship,”[11] the Prelate of Opus Dei insisted. And like other relationships where human freedom enters in, friendship doesn’t arise automatically. It requires the patient effort of getting to know another person, opening up our own interior world in order to enrich it with what God wants to give us through others. The get-togethers and family events, for example, where we open ourselves to the others, are opportunities to create bonds of true friendship. Nothing that concerns the lives of the others—worries, joys, sorrows, interests—can fail to touch us personally. Creating a home with light-filled corridors and doors open to the others is also part of one’s personal growth and maturing. “As a spiritual being, the human creature is defined through interpersonal relations. The more authentically we live these relations, the more our own personal identity matures. It is not by isolation that we establish our worth, but by placing ourselves in relation with others and with God.”[12]

When friendship is authentic, it doesn’t seek to “take possession” of another person. On the contrary, in experiencing the great good of friendship, we want to share our friendship with many others. True friendship teaches us how to make many more friends; we learn how to enjoy the company of other people, although naturally we won’t have a close friendship with all of them. C. S. Lewis, when distinguishing the different forms of love, said that “true friendship is the least jealous of loves. Two friends delight to be joined by a third, and three by a fourth, if only the newcomer is qualified to become a real friend. They can then say, as the blessed souls say in Dante, ‘Here comes one who will augment our loves.’ For in this love ‘to divide is not to take away.’”[13] In heaven, each of the blessed will increase the joy of everyone else, sharing his or her personal vision of God with the others.

In his Confessions, Saint Augustine gives a moving account of the joy he drew from his friends: “to discourse and jest with them; to indulge in an interchange of kindnesses; to read together pleasant books; together to trifle, and together to be earnest; to differ at times without ill-humor, as a man would do with his own self; and even by the infrequency of these differences to give zest to our more frequent consentings; sometimes teaching, sometimes being taught; longing for the absent with impatience, and welcoming the coming with joy. These and similar expressions, emanating from the hearts of those who loved and were beloved in return, by the countenance, the tongue, the eyes, and a thousand pleasing movements, were so much fuel to melt our souls together, and out of many to make but one.”[14]

“Our personal happiness does not depend on the successes we achieve, but rather on the love we receive and the love we give.”[15] It depends on knowing we are loved and have a home we can always return to no matter what happens, where our presence is irreplaceable. This is what Saint Josemaria wanted the homes of his sons and daughters to be like. And this is how people remembered Opus Dei’s first apostolic undertaking in Madrid, in 1936. “If one first went to the Luchana apartment thanks to an invitation, one stayed thanks to friendship.”[16]

This is the lovable bond that, humanly speaking, can preserve unity. “If you love one another, each of our houses will be the home that I have foreseen, what I would like each of our centers to be. And each of your brothers will have a holy hunger to return home, after a long day of work; and then he will be eager to set forth anew, to this holy war, this war of peace.”[17]

[8] Saint Josemaria, Instruction on the Work of Saint Michael, no. 101.

[10] Joseph Ratzinger, Salt of the Earth.