Monsignor José Javier Marcos has been Central Vicar Secretary of Opus Dei since 2010. 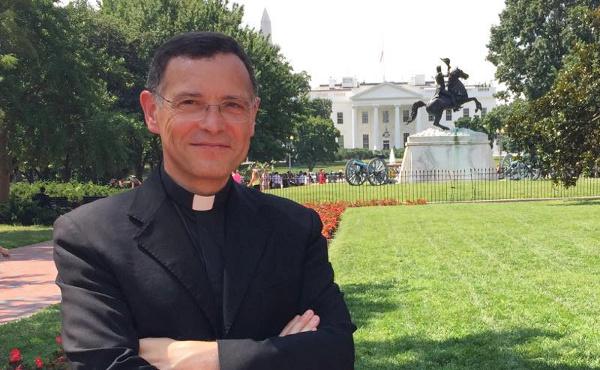 José Javier Marcos was born in Palencia, Spain, on March 19, 1961. He studied Law in the Universities of Valladolid and León, and obtained a doctorate in Theology from the Pontifical University of the Holy Cross.

From 1984 to 1990 he practiced law in Burgos, Spain, and was the president of the Society of Young Lawyers. He has taken part in a number of conferences on juridical topics and was named a member of a special commission on the problem of drug addiction and assistance to drug addicts (1987-1990).

In 1992 he was named development director at the University of the Holy Cross in Rome, where he was in charge of financial aid, the office of information and the personnel department.

He was ordained a priest in 1998. He is the author of several works on emotional development and the moral life, and has taught numerous courses in moral theology.

In 2010 he was name Central Vicar Secretary of the Prelature of Opus Dei.