Commentary on the Gospel: the Carpenter’s Son

Gospel for the Fourth Sunday in Ordinary Time (Cycle C) and commentary on the Gospel. A new weekly feature of the website. 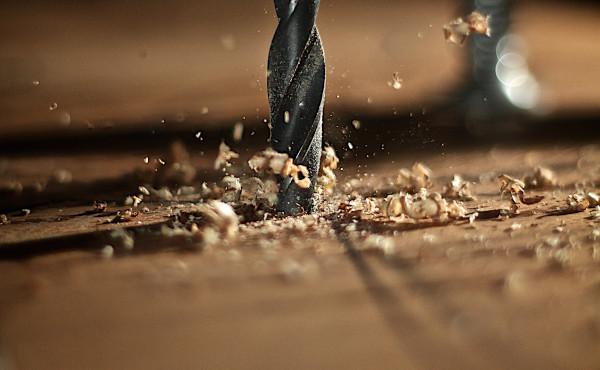 He began by saying to them, “Today this scripture is fulfilled in your hearing.”

All spoke well of him and were amazed at the gracious words that came from his lips. “Isn’t this Joseph’s son?” they asked.

Jesus said to them, “Surely you will quote this proverb to me: ‘Physician, heal yourself!’ And you will tell me, ‘Do here in your hometown what we have heard that you did in Capernaum.’”

“Truly I tell you,” he continued, “no prophet is accepted in his hometown. I assure you that there were many widows in Israel in Elijah’s time, when the sky was shut for three and a half years and there was a severe famine throughout the land. Yet Elijah was not sent to any of them, but to a widow in Zarephath in the region of Sidon. And there were many in Israel with leprosy in the time of Elisha the prophet, yet not one of them was cleansed—only Naaman the Syrian.”

All the people in the synagogue were furious when they heard this. They got up, drove him out of the town, and took him to the brow of the hill on which the town was built, in order to throw him off the cliff. But he walked right through the crowd and went on his way.

Everyone in the synagogue at Nazareth was astonished by Jesus’ succinct commentary on the text from Isaiah he has just read: “Today this scripture is fulfilled in your hearing.” He speaks with an authority that surprises them, and that seems presumptuous to those from his hometown. For he applies the words of the prophet, “the Spirit of the Lord is upon me,” to himself and to his own mission.

It is understandable that they are surprised and even scandalized, when someone they have known from childhood places himself as a reference point for interpreting Sacred Scripture. “Isn’t this Joseph’s son?” they remark to one another; isn’t he the son of a humble carpenter from our own town, the man who works in his father’s shop?

Jesus is a good manual worker from a small village. He is just another person in the town. But the rumors being spread about his actions in Capharnaum and the words he has just spoken seem to indicate a special connection with God. On the one hand, his origin is well known, but it is completely unknown on the other. Who is Jesus really? That is the great question to which the Gospels respond: Jesus is the Son of God who has become man in order to redeem us from our sins and give us example of how we should act.[1]

Jesus is perfectus Deus, perfectus homo, perfect God and perfect man, and the first example he gives us, during the greater part of his life, is that of a good worker. How could we not feel the attraction of Jesus’ life, so much like our own? “Our Lord’s whole life fills me with love for him,” Saint Josemaria says, “but I have a special weakness for his thirty hidden years spent in Bethlehem, Egypt and Nazareth. That period, so long in comparison with his public life and which the Gospels hardly mention, might seem empty of any special meaning to a person who views it superficially. And yet, I have always maintained that this silence about Our Lord’s early life speaks eloquently for itself, and contains a wonderful lesson for us Christians. They were years of intense work and prayer, years during which Jesus led an ordinary life, a life like ours, we might say, which was both divine and human at the same time. In his simple workshop, unnoticed, he did everything to perfection, just as he was later to do before the multitudes.”[2]

Jesus acts with great naturalness and sincerity, exactly as who he is, without seeking admiration and with no fear of being misunderstood. Seeing the stirrings of criticism in the attitude of his fellow townsmen, he refuses to perform a miracle to satisfy their unhealthy curiosity and win people’s admiration, nor does he moderate his speech and cover over the force of the truth. Therefore his words are provocative: “no prophet is accepted in his hometown.” And the examples he uses are also meant to provoke. He mentions two miracles cited in the sacred books, one by Elijah and another by Elisha, worked for the benefit not of Israelites but of foreigners.

The reaction of those listening to him in the synagogue was immediate: “they were furious when they heard this. They got up, drove him out of the town, and took him to the brow of the hill on which the town was built, in order to throw him off the cliff.”

Is Jesus a rabble-rouser? Nothing could be further from the truth. He is a peaceful man who calmly walks away from those who are furious with him. He does not try to conform to what the others want to see or hear, but rather, right from the outset, he behaves in a way that he will later solemnly proclaim before Pilate: “For this I was born, and for this I have come into the world, to bear witness to the truth” (Jn 18:37). Work that is well done, truth and consistency in his life: this is the personality of Jesus that we see in the Gospel.