Commentary on the Gospel: "I will let down the nets"

Gospel for the fifth Sunday in Ordinary Time (Cycle C) and commentary. 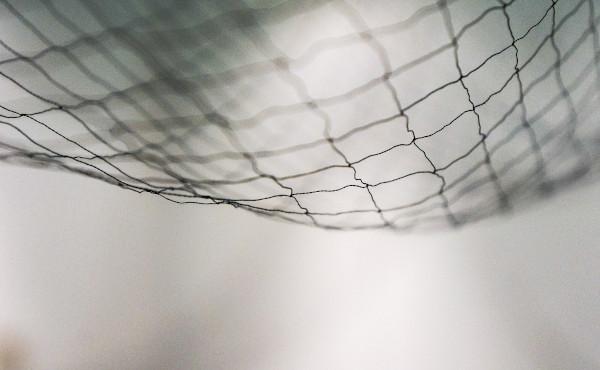 While the people pressed upon him to hear the word of God, he was standing by the lake of Genesareth. And he saw two boats by the lake; but the fishermen had gone out of them and were washing their nets. Getting into one of the boats, which was Simon’s, he asked him to put out a little from the land. And he sat down and taught the people from the boat. And when he had ceased speaking, he said to Simon, “Put out into the deep and let down your nets for a catch.”

And Simon answered, “Master, we toiled all night and took nothing! But at your word I will let down the nets.”

And when they had done this, they enclosed a great shoal of fish; and as their nets were breaking, they beckoned to their partners in the other boat to come and help them. And they came and filled both the boats, so that they began to sink.

But when Simon Peter saw it, he fell down at Jesus’ knees, saying, “Depart from me, for I am a sinful man, O Lord.” For he was astonished, and all that were with him, at the catch of fish which they had taken; and so also were James and John, sons of Zebedee, who were partners with Simon.

And Jesus said to Simon, “Do not be afraid; henceforth you will be catching men.” And when they had brought their boats to land, they left everything and followed him.

In chapter 4 of his gospel, Saint Luke tells us that Jesus had only recently met Simon. He had stayed in his home and cured his mother-in-law’s fever.[1] Now, when Jesus is preaching in the port of Capharnaum, he takes the liberty of boarding Simon’s boat, and even asks him to leave off what he is doing (he was washing the nets), and to pull away from the shore a bit. Simon was tired and discouraged because, after a hard night’s work, he had caught nothing. But Simon does what Jesus asks without complaining.

When Jesus finishes speaking, he asks him for something else that is quite demanding given the circumstances: Put out into the deep and let down your nets for a catch. Simon once again obeys, without much enthusiasm. And he is astonished to see his poor nets filled with a great quantity of fish. How often this happens to us in our own lives, when we listen to what Jesus says to us and do it!

The scene is still very relevant today. Now too, without giving great importance to the fatigue and apparent lack of fruitfulness in the effort of his followers, Jesus repeats to every Christian the same request: Put out into the deep! “Today too the Church and the successors of the Apostles are told to put out into the deep sea of history and to let down the nets, so as to win men and women over to the Gospel – to God, to Christ, to true life.”[2]

“This is the logic that guides Jesus’ mission and the mission of the Church: go in search, ‘fish’ for men and women … to restore full dignity and freedom to all, through the forgiveness of sins. This is the essential point of Christianity: to spread the free and regenerative love of God, with a welcoming and merciful attitude towards everyone, so that each person can encounter God’s tenderness and have the fullness of life.”[3]

Little by little Jesus prepares Simon for his calling. On the foundation of a friendship that strengthens day by day, he tests his generosity. And his friend continues to learn that our Lord is always more generous, and gives much more than he asks for. When he pulls in the nets filled with fish, he is overcome with amazement. He recognizes the power of God acting through Jesus’ word. And this direct encounter with the living God, who is able to accomplish such a marvelous deed through the little that a poor man can contribute, deeply impresses him.

Simon is afraid, but Jesus tries to reassure him. He invites him to undertake a great adventure that will call for a complete self-giving. Simon’s reply and that of those with him is immediate: they left everything and followed him.

What happened to those men was quite special, but it is also representative of the calling that God offers to each man and woman, with particular clearness at specific moments in life, so that they may discover what they have been created for and where they will find happiness. Vocation is a divine calling that we discover when we say “yes” to the proposal God presents us with.

“The apostolic concern which burns in the heart of ordinary Christians is not something separate from their everyday work. It is part and parcel of one’s work, which becomes a source of opportunities for meeting Christ. As we work at our job, side by side with our colleagues, friends and relatives and sharing their interests, we can help them come closer to Christ who awaits us on the shore. Before becoming apostles, we are fishermen. After becoming apostles, we are fishermen still. The same profession, before and after. What has changed? There is a change inside our soul, now that Christ has come aboard, as he went aboard Peter’s boat. Its horizon has opened wider.”[4]

The experience of our own limitations and personal weakness is no obstacle. Simon Peter was very aware of this and, despite his initial fear, he had no hesitation in following Jesus. Now too, as happened with him, the strength of God makes up for our poor abilities, as long as we trust in the power of his mercy and in the action of divine grace that transforms and renews us.